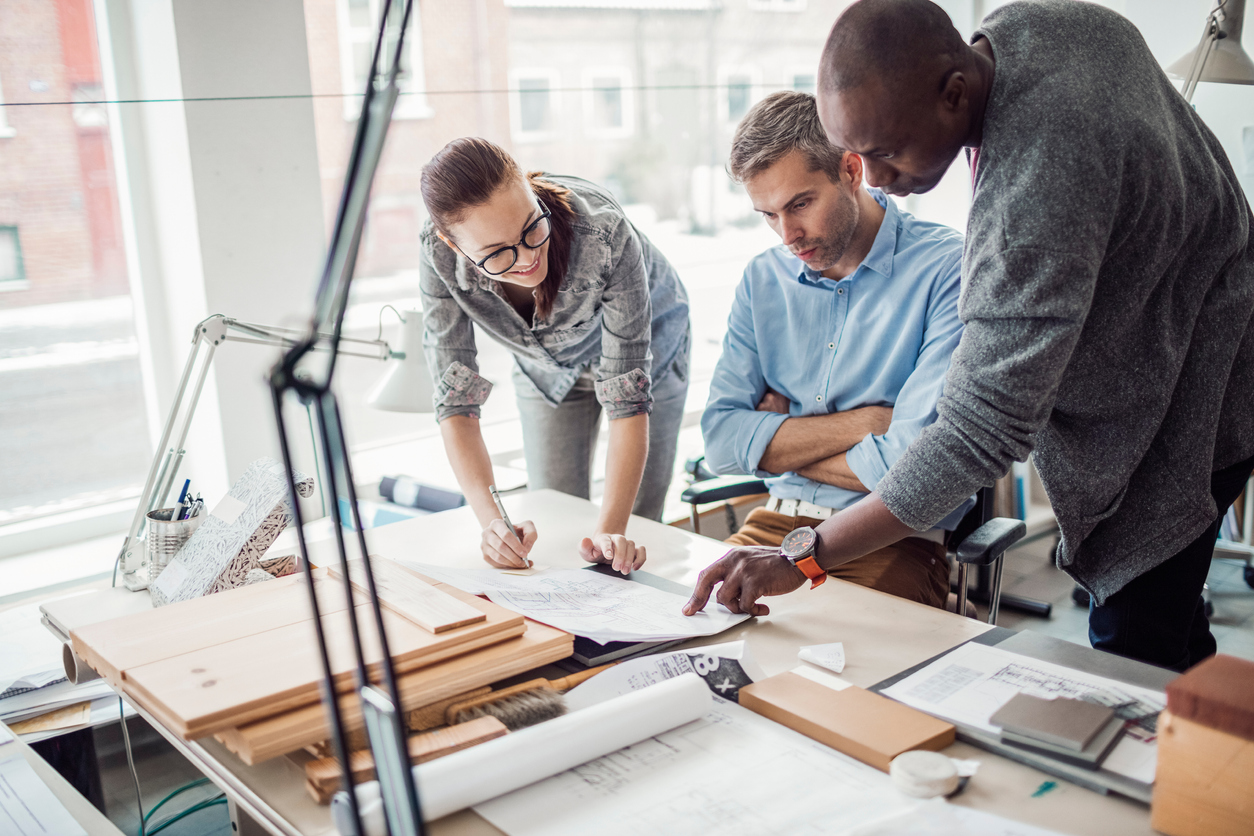 The advancements in engineered timber products make them more sustainable, uniform and stronger than other materials on the market. The implications are that, while the last century was defined by concrete, the 21st century will be the vestige of natural, sustainable timber.

“As a designer, wood is just an amazingly beautiful material that has this great quality of connecting people to the landscape,” says Corey Martin, principal at Hacker Architects. “Even if I’m designing a building for downtown New York, I want to figure out a way to connect people to nature, and using wood (and mass timber) is one of the ways we’ve always been able to do that.”

This change is thanks to the remarkable development of mass timber—a wealth of building materials that include CLT, cross-laminated timber and glulam columns and beams. Over 8 million square feet of timber products are being built in the next couple of years in the US alone.

“Working with timber has obvious environmental benefits: it’s replenishable, it’s made of carbon and has a very low embodied energy,” says Andrew Waugh, a keynote speaker at the 2018 IWBC conference. “…there is no other comparable technology that is made from a replenishable material. Trees soak up carbon dioxide from our atmosphere and release oxygen – the buildings we build are made from carbon. So timber not only has very low embodied energy, but also stores carbon. It also requires less energy to heat and cool [than a concrete building].”

One of the things that makes mass timber so sustainable is its use of young fast-growing trees. In fact, Woodwork has calculated the, for the Oregon timberlands to grow enough wood to construct a 156,000 square-foot office building, it would take just 46 minutes.

“Mass timber responds to some of civilization’s most pressing issues today. We’re talking about a way of building that addresses issues around climate change, that addresses issues around densification of cities due to population growth and rapid urbanization, that addresses need for housing in cities that already exist,” says Erica Spiritos, mass timber preconstruction manager at Swinerton. “I recently learned from the Director of the Council on Tall Buildings and Urban Habitat that we need to build a new Chicago every month somewhere on the planet in order to accommodate global population growth. I think to myself, “How are we going to do that? Are we going to do that in a way that is fast and safe and uses renewable resources, and boosts local economies?” Mass timber enables us to do that.”

Sustainability isn’t the only advantage. With over 75% fewer deliveries to the jobsite, mass timber construction helps to reduce the environmental impact as well as the impact of construction for the neighborhood.

“Wood, by chemical composition, is about 50 percent carbon by dry weight. When you cut down a tree, that carbon remains in the lumber or the glulam beam or the CLT panel for as long as that material exists in that building,” says Spiritos. “So what we’re doing when we use timber is shifting the carbon sequestration from the forest into the city and then sequestering new carbon in the forest by growing new trees.”

Mass-timber products enjoy the precision of factory settings so they are more accurate and the process is automated—a lifesaver in an industry that is suffering from a labor shortage and a housing crisis. The labor shortage is eased by the fact that the building components are factory built which means that they only need to be assembled onsite. It takes fewer construction professionals to assemble the building and they can do it faster too.

Noel Johnson, principal architect at Cairn Pacific: “Mass timber can certainly be defined by its physical properties, but it’s also something more intangible. On a societal level, it can be a reaction to carbon pollution, or it can be an interest in getting connected to where materials are coming from or how products are made, or who it’s being made by, or the craftsmanship of it. It’s a neat, super broad response to certain issues with current building materials.”