Listen to the Podcast

Hear the story of how furniture giant IKEA combined forces with European construction giant Skanska to form BoKlok, a major offsite homebuilder that is successfully tackling the affordable housing challenge in Scandinavia. 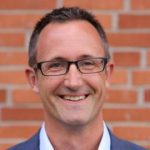 With a PhD in engineering from Lund University in Sweden, Jerker is Director of Research & Development at BoKlok. BoKlok is a joint venture between IKEA and one of Europe’s largest construction companies Skanska.

BoKlok is Sweden’s leading industrialized housing company and to date has produced more than 11,000 houses.

Jerker has specialized in the field of offsite construction for 16 years and is considered to be one of the world’s leading experts. In addition to his role as head of R&D at BoKlok, Jerker conducts research at Lund University and is an adjunct professor at Stanford University. He has co-authored a book on industrialized construction and has published research in numerous international Journals.